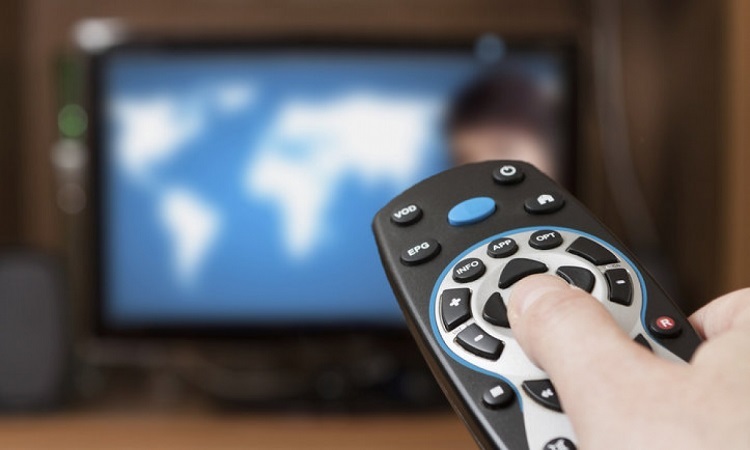 However easy it is to take shots at the new fashion for so called ‘scripted reality’ shows, the truth is that all reality shows are scripted to some extent or another. That said, they are usually scripted after filming.

First things first; how can a reality show have a story? Well, have you ever noticed that when you are watching a fly-on-the-wall documentary that every week there seems to be a problem? Has it ever struck you as pretty convenient? This is what is called in the industry ‘jeopardy’, and it’s what the TV industry is based around, if you are trying to pitch a TV series that has no jeopardy then you are going to get nowhere fast.

Jeopardy is what keeps an audience watching, it’s why Who Wants To Be a Millionaire always takes a break before hearing the answer to a pivotal question, it’s why Big Brother carefully chooses people who will not get on. Just like an episode in a drama series a reality show needs a weekly problem to solve, and if one doesn’t exist then one has to be created.

Reality shows are ‘written’ in different ways dependent on the type of show but by far the commonest way is by editing, and editing can even be used to create jeopardy where none exists.

For example, think of one of those wonderful junk to gems shows which follow professional salvage firms or amateur treasure hunters picking through others people’s scrap and locating the valuable pieces hidden amongst the rubbish. In any given episode the first few places they try will most likely yield nothing, there will be some infuriatingly near misses, stuff that looks good at first sight, but no sales.

To make matters worse business has been slow recently and they badly need some appealing new stock, or perhaps business has been almost too good and the shop is empty. The salvagers on the road must find something! And then they do. It makes for a satisfying episode and if it’s been well edited it will appear like a continuous stream of events, but if you know where to look you can see the joins; when the van opens the stock they bought at the last stop has mysteriously vanished, or perhaps you will spot stock that was bought in a completely different episode.

In truth, a film crew will shoot a vast amount of material over a very long period, then the footage will be examined and events that may have occurred months apart are married up to create seamless episodes. A voiceover neatly papers over any gaps.

So, as I said earlier, the episodes are scripted after filming. Writing for reality is a jigsaw puzzle in which there is no predetermined picture, instead you are given one big picture, then have to cut it up and put it back together to make a smaller one. It’s about creating a story where one never existed (or at least not a compelling one).

Why Don’t I Know This?

The quick answer to that is; because reality writers are not credited.

The more detailed answer comes in two parts. Firstly, the role of reality writer is one which not everyone would agree warrants the word ‘writer’. It’s an ill-defined role and one which has only come into existence relatively recently. ‘Writer’ has for centuries meant the person who creates, characters, situations, story et al, that is not really what a reality writer does, although it would be a lie to say that there is no creativity involved. Perhaps a new word is required to describe exactly what they do, taking existing events and dialogue and restructuring them into a story with a beginning a middle and an end, things that real life seldom has.

Secondly there is the simple fact that producers and production companies are not keen for the truth to come out. Reality shows are supposed to be just that; reality, to list a writer in the end credits would be to openly acknowledge that the ‘reality’ is at best a structured one. It’s a situation not unique to reality shows; check out the credits of a comedy panel show, you will see a list of people called ‘Programme Associates’, google those names and you will find them all to be comedy writers, but of course the producers would rather that such a show appears to be totally ad-libbed. There are a number of euphemisms for writers used in reality TV, usually involving the word ‘editor’.

Is this fair? Maybe not. But would audiences be less likely to watch reality shows if it was openly acknowledged that they were only partially real? Quite possibly. Either way, I don’t see the situation changing any time soon, so if you fancy a career in reality writing, get used to anonymity.

So No Reality Shows Are Real?

Define real. The most successful reality show of all time is Big Brother, a show that involves putting a group of strangers in a sealed house together, giving them tasks and filming them. What on earth is there about that situation that warrants the word ‘reality’. What possible set of circumstances in real life could lead to such a situation? Perhaps if you had a wealthy and eccentric elderly relative who set some odd conditions in his will, but other than that it is a wholly constructed situation. And it’s worth noting that the longer Big Brother is on the more outlandish the tasks become. Basically, audiences have tired of simply seeing trapped people react to each other, they now want to see those people poked with a stick.

But surely, in Big Brother things aren’t scripted because the housemates are filmed twenty four/seven? Well, yes they are, but the show is only on for an hour or two a night, there is still an editor telling audiences what they can and can’t see, and it’s amazing how you can change the public’s perception of a person by picking and choosing; a villain can be created.

So we’ve already proved that ‘reality’ is a pretty flexible term and that what it absolutely does not mean is genuine ‘reality’. But if we accept those restrictions as a given then reality shows can actually be ‘real’.

What you see very often happened; relationships can be forged, homes can be improved, bargains can be found. Of course it depends on the show, there are plenty that engineer disasters as they go, rather than waiting to see what happens and editing one together, but there are shows where what you see is what you get (or very nearly).

That is the greatest challenge of the reality show writer, not to take reality and pep it up into something more interesting, but to take banality and make it into something that, while engaging, is still real. Audiences want reality, but, in the words of Big Brother, they only want its ‘best bits’.

Common mistakes that are made when creating a custom graphic

Preschoolers and Art: It’s More Than Coloring in the Lines